The Power of a Smaller Display 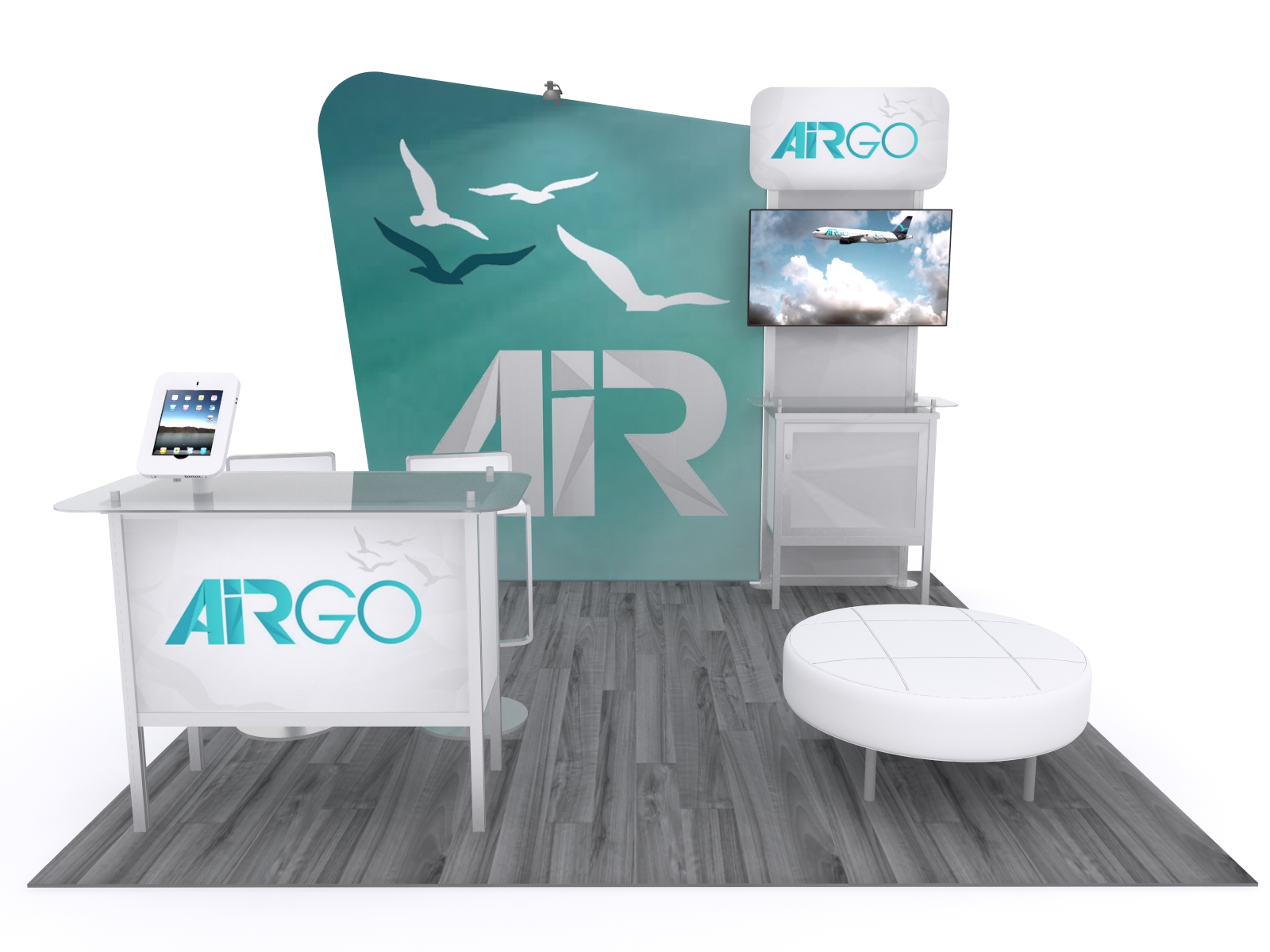 Let’s explore this from a non-trade show angle. Most of us have lived in apartments. Decorating an apartment takes imagination since you can’t make substantial changes -- no removing walls, adding shelves, or painting it lime green. You want the apartment to reflect your tastes and interests, and still be warm and welcoming to guests. We’ve all walked into apartment in a soulless apartment complex and been 'WOW’d' by the tenant’s clever decorating, use of space, and personal touches. The tenant transformed nothing into something, often on a meager budget. I’ve found that it’s rarely about nice furniture or paintings. It’s about the details. They have a plan, they know themselves, and they are willing to put some effort into creating an attractive and livable space.

Smaller trade show displays are no different. The successful displays, or more importantly the successful exhibitors, approach it by having a plan and focusing on the details. They know there’s more to a trade show than buying a pop-up or a small hybrid and then designing graphics. It’s about achieving their trade show marketing goals. 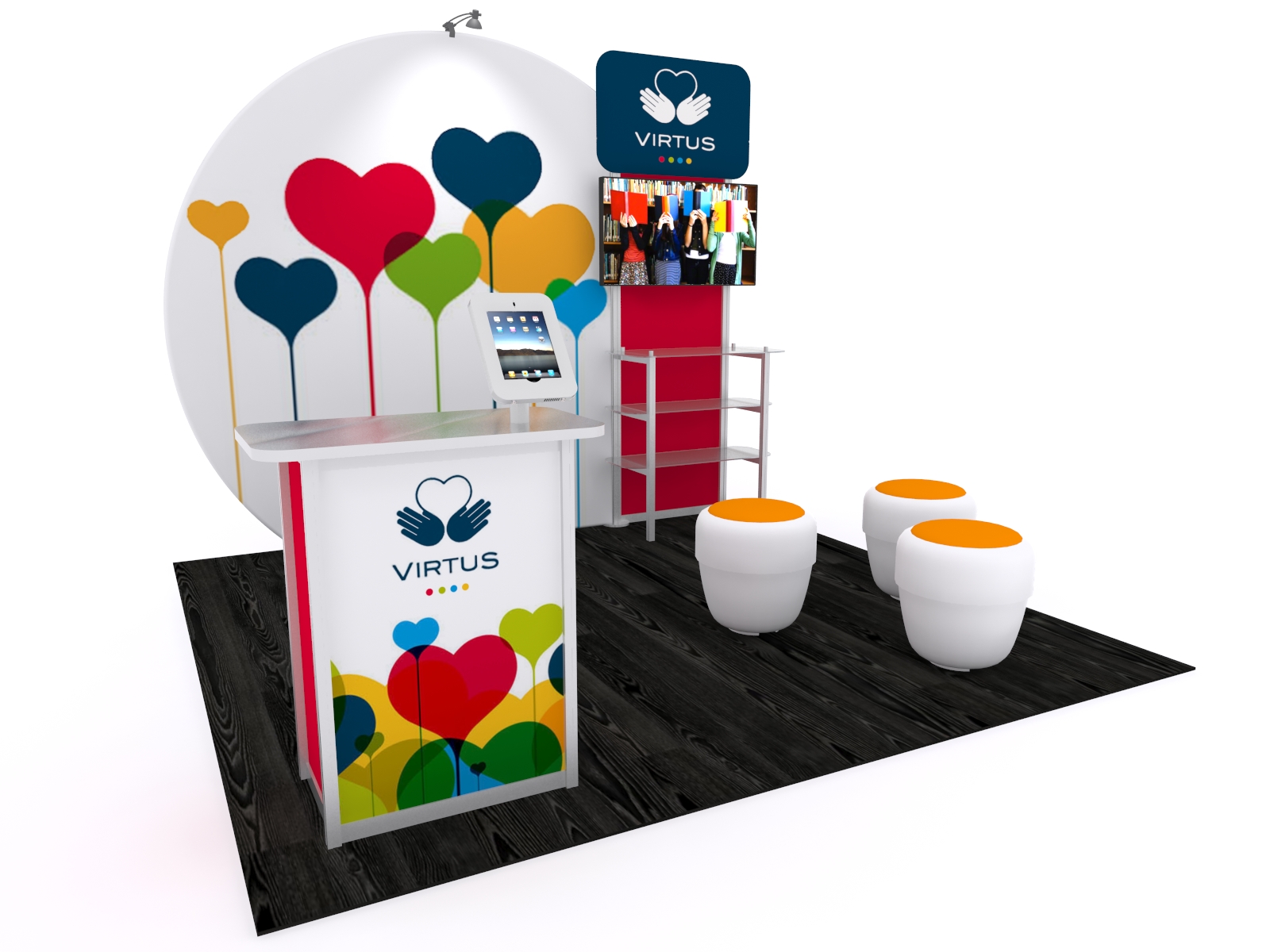 Now don’t get me wrong. I see lots of beautiful smaller trade show displays with stunning graphics. We have eight years of exhibits photos on our website. What I rarely see are “stunning” trade show “programs” where the company does more than identify who they are and what they do. Outstanding exhibitors recognize that trade shows are theater. It’s about attracting, entertaining, engaging, and informing. It’s about leaving a lasting impression.

Let’s say your company manufacturers plumbing supplies. You exhibit at the NAHB International Builders’ Show in Las Vegas, typically in a 20 ft. inline. This is an important show for your company. You have a portable hybrid exhibit with tension fabric graphics, which show your products, logo, website address, and company tagline. In addition, your flooring has distinctive graphics, like water. You have a nice meeting area for attendees and a small but accessible showcase with your products.

Now, let’s assume that what makes your company’s products different is how quickly they connect. You could show it on a graphic (which you should). But, if the connection is truly “faster” then make it a game and offer prizes. Challenge attendees to connect it and time them with a stop watch. Or have them assemble a competitors while you assemble your connector. If they can beat you, they win some larger than life prize (which will never happen). You become a destination stop for exhibitors during the show.

Too often, we don’t see smaller exhibits as having the visibility and star power of islands. But they can. Effective pre-show marketing will drive attendees to your booth, but once they are on the show floor, it’s all about the presentation, messaging, and engagement of your display and your team. Your display doesn’t have to look like a prefab, soulless exhibit any more than a big apartment complex does. By infusing it with your company’s personality, creativity, and planning and adding a dose of clever attendee interaction, it can be welcoming and personal.

It takes work . . . . but as a very smart boss of mine once said, “That’s a good thing!” Agree or disagree,  I’d enjoy hearing your comments.

Then email your "My Gallery" to colleagues, friends, or your favorite exhibit designer. There's no better way to begin designing a display that reflects your exhibit marketing goals.

Note: My Gallery uses a temporary browser cookie to store your gallery. We recommend that you send your gallery to your email address if you need to retain it for longer than 30 days.

Exhibit Weight varies depending on the packaging and the shipping method. Variables include but are not limited to: For more information about exhibit weights and freight options, please contact your local exhibit representative.
Electrical, Cord, and Wire Management varies depending on the display and each exhibitor's requirements. When ordering your trade show display, consider the following electrical/wire management issues and discuss your options with an exhibit professional: By reviewing your wiring options BEFORE you order your display, you'll save TIME and MONEY and ensure your exhibit exceeds your expectations and your installation is trouble-free.
Scroll to Top
Exhibit Design Search Home